We ran along the canal and headed to the Danube from the City Center in Vienna. If I can only ran another kilometer, I would have actually seen the new Danube and not just the old Danube in the center of the city. 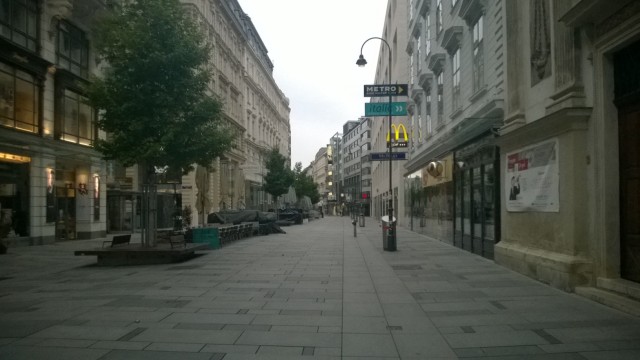 Since we staying at Hotel Bristol, is near the major shopping district, it was completely empty this morning.  It was almost like running in a Times Square zombie movie…

Once you reach the canal, you can quickly see that the locals are big fans of modern art.

I did not want to keep stopping though to take pictures of some of the best pieces from the emerging famous artists in Austria. 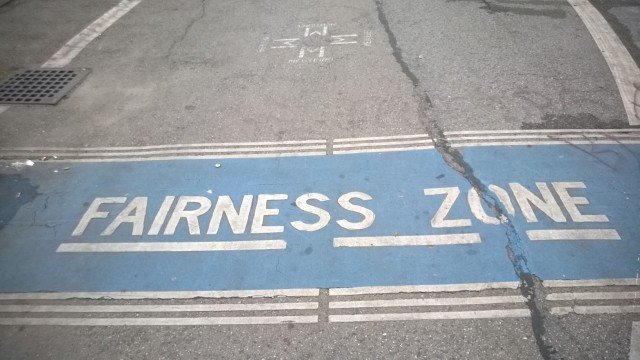 Even at 7 AM, the night clubs and dance outlets were still open and jamming as we ran by some of them.  The one thing I could figure out is what was the “Fairness Zones”.

It was a great morning run.  But I do admit, 7 AM was a little early for most in the city center for long runs along the river…off to do a little more sightseeing this morning around the city!

54 Responses to Running in Vienna (Wien)