The West Bank: Jericho and Bethlehem in Palestine

We decided to take a little more risk (not enormous) and visit some areas in the West Bank that we had never traversed to while living in Israel. Travelling to or through the West Bank can be tricky or cumbersome…it is all how you plan your route and destination.

Without a doubt, it is a gorgeous drive with some amazing scenery:

Many Israelis are forbidden for entering certain areas or cities and based on the specific route, they are checkpoints, barriers or simple signs with appropriate warnings.

We initially drove down through Sumerian valley and visit the Jordan River which is quite famous in the bible and historical texts.

The Greek Orthodox Church was conducting numerous ceremonies when we visited and they were quite challenged from the very high river due to all the rain in the previous week.  Both the Israeli side and Jordanian side were very active simultaneously.

Getting there was quite easy…you just have to enter through a former military outpost and base, but it is now maintained by the National Park Authorities.

From there we headed into Jericho.  We had to avoid the Palestinian checkpoint on one side as it is very strict based on the nearby border crossing with Jordan at the Allenby bridge (also known as the King Hussein Bridge).  We used a little less conspicuous and more accessible road does not require passport control.

However, on the way, we did 4×4 into the hills a little to get a view of the Nebi Musa mosque which (controversially) is the burial site for Moses in the Muslim faith.  It is also the location of the burial site of Mohammed’s third wife.

It is mainly a very flat and sprawling agricultural community since it is no longer a thriving casino location that Israelis can visit anymore since the intifada.

The reason I wanted to visit is the fact it may be the oldest city in the world.  Some of the artifacts date back to almost 11,000 years ago!

You can also ride a cable car up to the Mount of Temptation and visit Greek monastery near the summit. 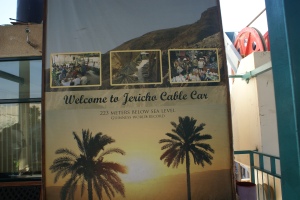 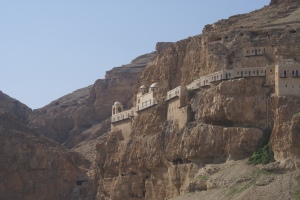 It is not a great picture, but we drove by the famous Sycamore tree in Jericho – you cannot get close unless you meet a religious criteria….but I found the local sycamore nuts quite tasty as a snack.  Never them before, they go great with wine 🙂 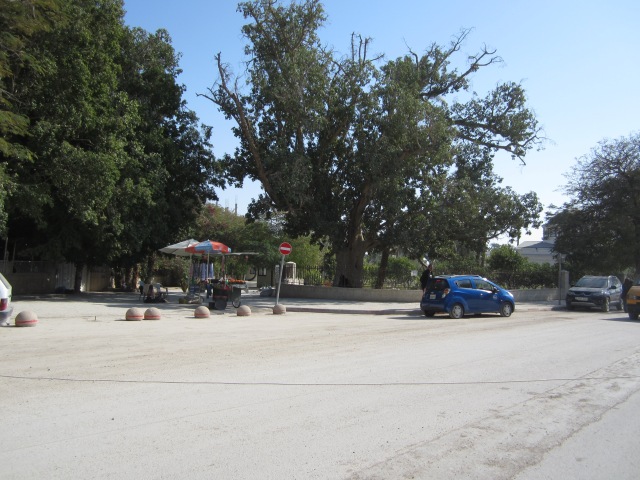 After leaving Jericho, we did a little hiking to get a great view of the St. George’s monastery in the Wadi Kelt canyon. 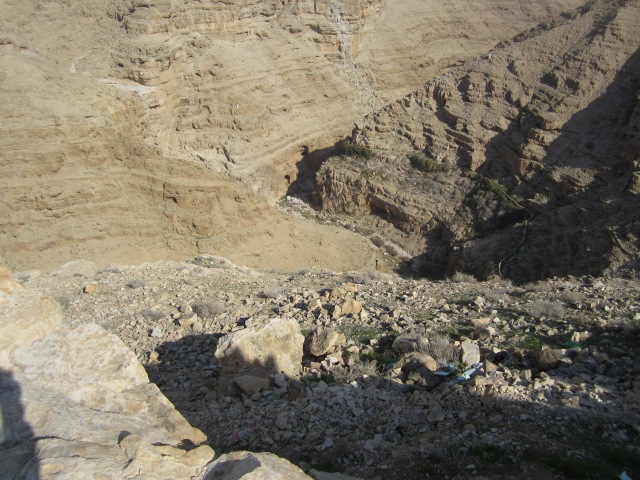 This was an amazing view and definitely a place I wish we had more time to go hike down and visit the location.  The pictures really don’t provide the true beauty and scenery here.  If we come back, I would absolutely make a day hike here. 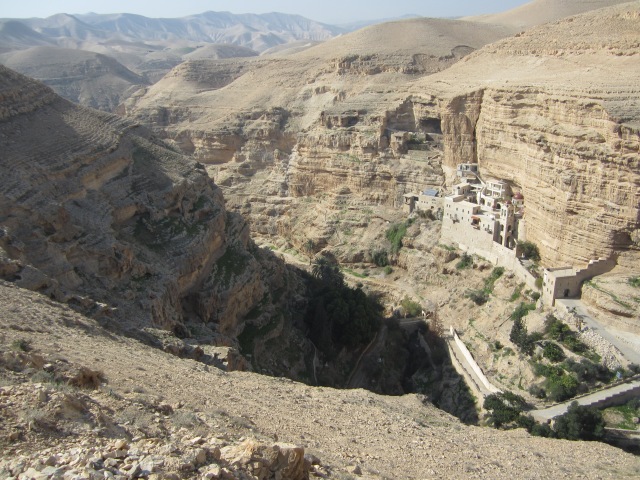 It was a long day, but since we were close and in the area, we decided to also try to visit Bethlehem – another city controlled by the Palestinian authority. Entering Bethlehem is a little trickier as the restrictions and tensions are definitely much higher than other areas like Jericho.  The barriers and wall around the villages/cities compromising this area tell the story. 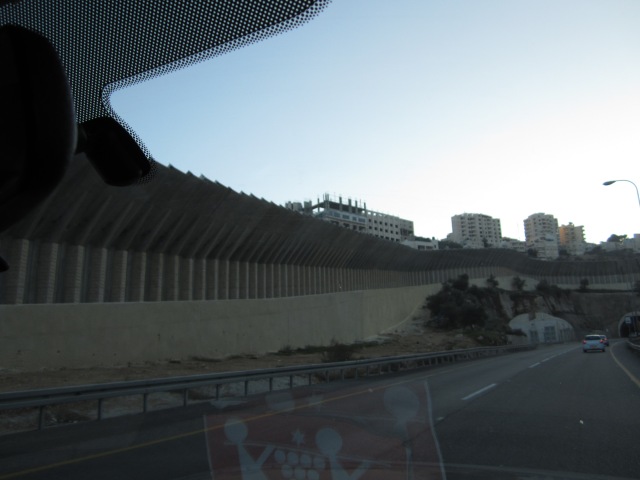 Despite being late in January, it was still a festive and colorful atmosphere in Bethlehem and the large Christian community in the three villages.  There is no doubt and no hiding of the fact there is significant tension between the Christian and Muslim residents. 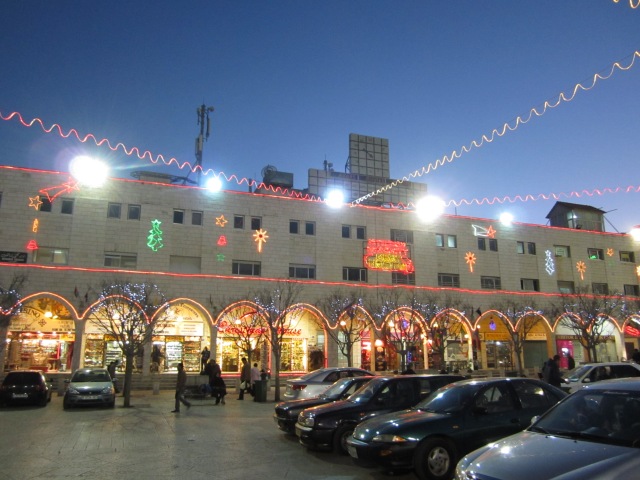 The obvious source and attraction for visiting Bethlehem is the Church of the Nativity where I found it interesting that is maintained and shared by three separate Christian faiths simultaneously: Catholic, Armenian and Greek Orthodox.

They work together (peacefully most of the time) to highlight and share this historical landmark where Jesus was born and lay in a manger.

There is lot of history and story in the church that winds through all the caves and sections of the church…more than I could go into here. It felt like we were visiting Rome as we went into the lower levels of the complex and explored the tombs and niches. 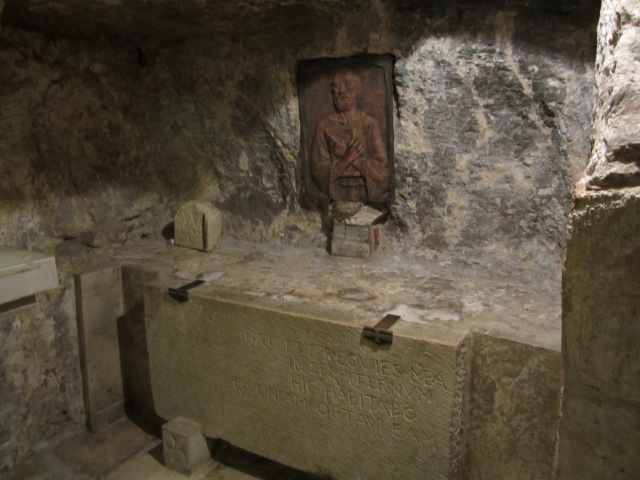 In the end, it was a very different view of Israel and some of the people that we never met before that we will always remember after this expedition through the West Bank.

If you would like see another visit I made to the West Bank, check out my visit to Hebron.

1 Response to The West Bank: Jericho and Bethlehem in Palestine