In case you missed my day one posting, it is here.

Since it was day two, we had to get back into our favorite fitness routine: running! We decided to run around the nearby Ho Hoan Kiem lake which has a nice boardwalk 1 mile in circumstance to run around. Perfect for an early morning 5K or 10K! We decided to start at 6:30 since the sunrise is at 5:30 and it gets warm very quick. 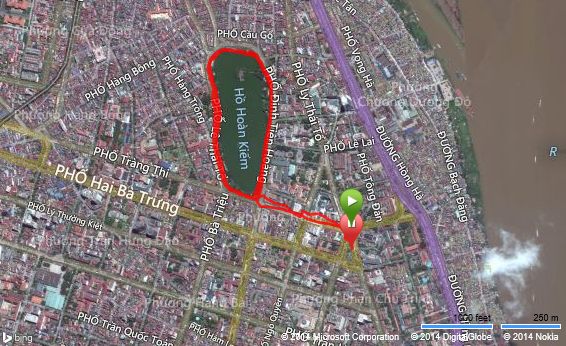 Well…at 6:30 in the morning, there must have been 10,000 people already exercising, dancing, weight lifting, Zoomba, running…you name it…crowded around the lake. It was like running in a huge half marathon where you have to dodge people every few steps because it is so crowded. In the end, it was fun and scorching hot…after a 10K in this heat, you feel and look like you just swam in the lake!

It is amazing how fast the city cools down after a short rain…but then the heat jumps up 20 degrees in just an hour after the rain stops.

We survived since we both had some large Gatorades that we somehow managed to find in a local store. Very low cost bottles of water are readily available here in Vietnam…you learn quick that when the locals will never drink tap water, that means that you even try brushing your teeth with sink water, you will be done with your day! 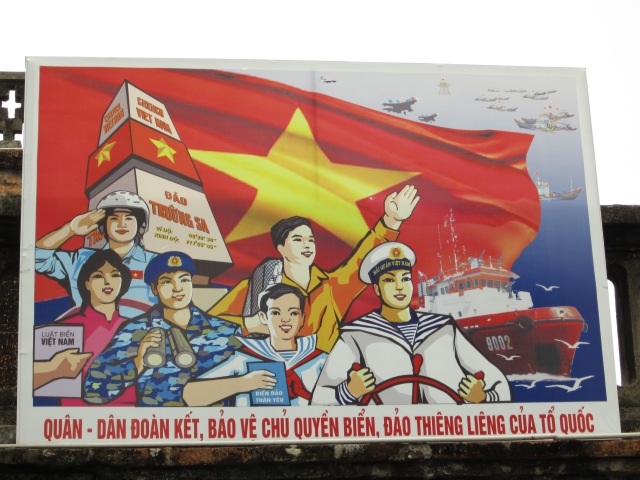 After breakfast, we took a taxi to go check out the Vietnam Military Museum which is near the Ho Chi Minh Mausoleum which is where we are going tomorrow.

It was a very interesting view of the three major conflicts in Vietnam over the past 75 years. When they fought with Japan in WWII, the French in the 50s and then the US in the 60s and early 70s.

They had a lot of artifacts from captured weapons and SAM missiles like the one that shot down the Malaysian flight over the Ukraine. 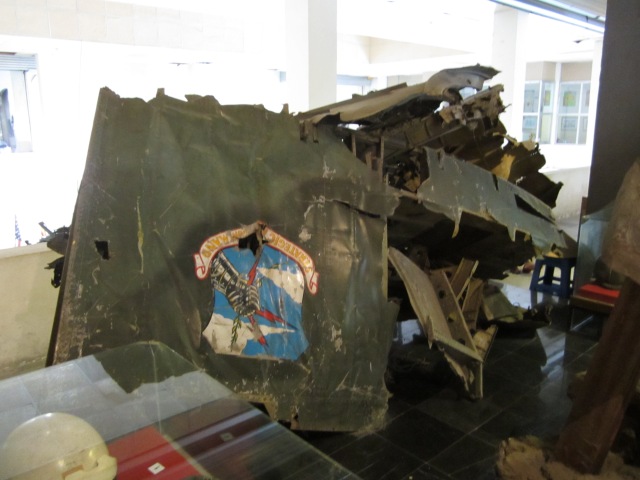 To downed planes and bombers that were shot down over Hanoi. 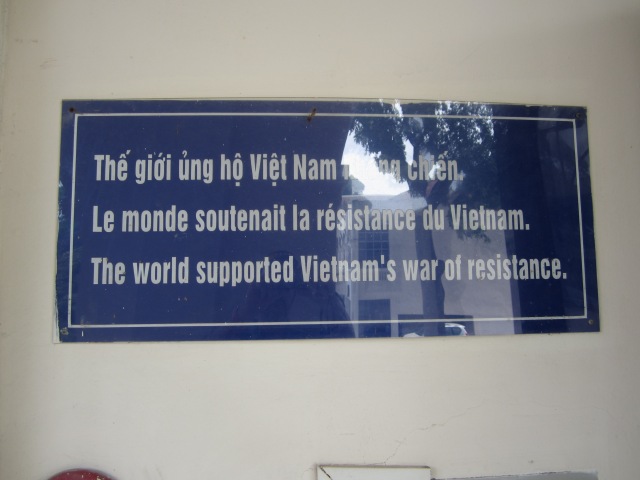 In some ways it was hard to see some of the exhibits, but it was a different point of view that was interesting to see and understand.

We found a great huge statue of Lenin in the nearby park before we headed back to our hotel. Unfortunately, we don’t any of these in the USA so I decided to get a pic with my buddy.