We boarded in Ushuaia which was a great experience that I captured in my daily trip report.  We have been sailing on Le Boreal.  You can read my ship review if interested.

Today, we visited Palmer Station.  This is a famous station as Bill Gates also visited this research station just a few years earlier.

If you would like to see some more pictures from the experience, check out the slide show below:

We started with an early morning Zodiac tour around the area. The weather started to turn a little – a little wind and potential snow storm brewing. We did get to see a number of the huge elephant seal population near Palmer Station. Many were playing around and being social. We even saw a few youngsters – apparently a young seal gains 20 pounds in weight every day after they are born. 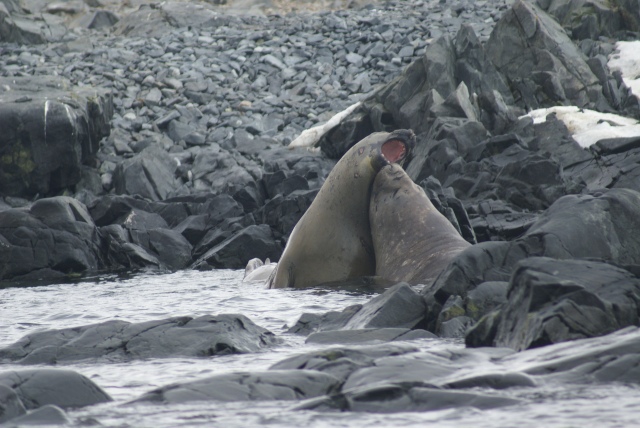 Later in the morning, some of the station crew came onboard as Abercrombie and Kent presented some donated equipment to the United States Antarctic Program as part of the National Science Foundation. Oreo (yes the cookies) was the corporate sponsor as it is Oreo’s 100th birthday this year.  The A&K expedition leader planned this visit and engagement a year in advance – this is one of the reasons we chose this trip and timing to be part of this opportunity. 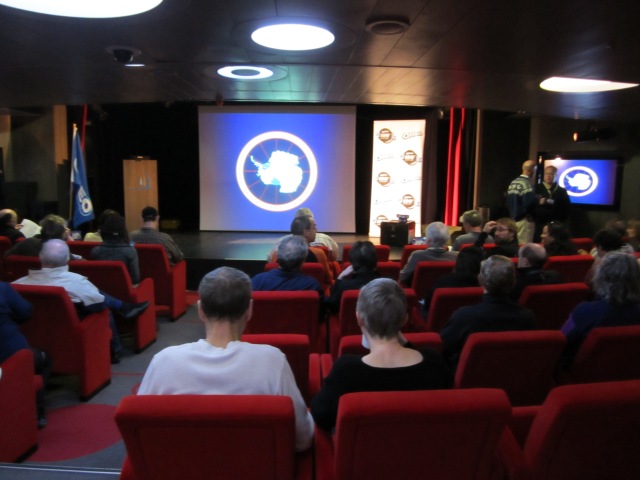 The National Science Foundation performs scientific research and the logistics are coordinated by Lockheed Martin. The research goals are to explore Antarctica, understand Antarctic’s role in global systems and perform other research using Antarctica as a platform.

They are still trying to find the oldest ice on the planet by mapping and exploring the hidden topography. They found actual lakes and rivers that are under 1 mile of ice on top.  The Antarctic is also the only place in the world where you can launch a balloon and have it return to the same spot naturally due to the overall atmospheric conditions and flow. Overall, the average temperature of Antarctica is increasing 1 degree every 1 years. All wildlife is clearly declining as the climate changes.

We later went to the station to tour around and meet a number of the staff.  The summer crew is approximately 40 people and the winter crew is as small as 17 people. Palmer Station is the smallest of the 3 US stations on Antarctica. They actually have a gift shop for the occasion visitors…it is used to fund the activities and research. Visa and MasterCard only, no cash!

The first penguin chicks started hatching yesterday. We celebrated with a BBQ lunch on deck!  Needed the fuel for our Antarctic run the next day which completed our runs on all 7 continents!

If you missed some of the otehr sightings, check these out: