A combined post from visiting Caesarea Israel as well as when I used to live in Caesarea.

We have been relaxing for a few days in familiar territory.  It has been a good choice while travelling so much.  We met with some old friends and visited some new places like the Tel Aviv Art Museum.  Overall, we have spent most of our time in Caesarea which is where we lived a few years ago.  I thought I would share some perspective on this Israeli city which is not well known outside in the US or EU…

Caesarea is a pretty interesting location and history on the coast of Israel. It was built by King Herod during the early Roman Empire and today, it is the only city in Israel that is managed by a private company (created by the Rothschilds) and not the government.

It hosts the only golf club in Israel:

Over the past 2000 years, it was conquered and ruled by many different organizations.  The most notable was the fact it was a port city in the Roman Empire: 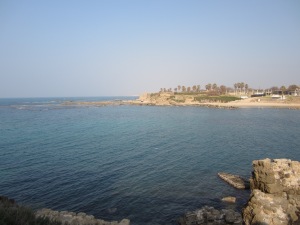 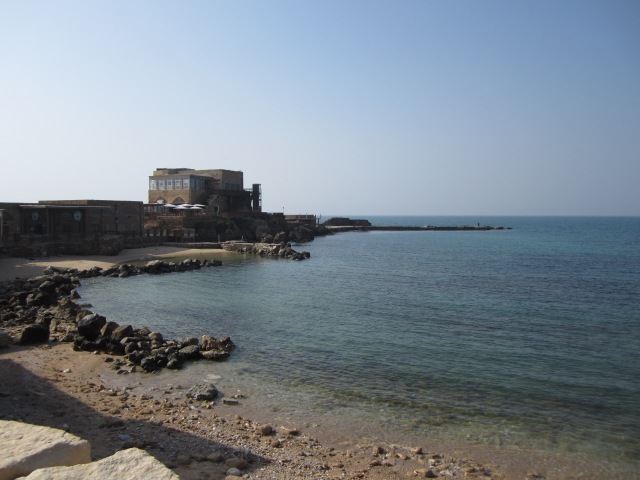 a Byzantine capital and tombs: 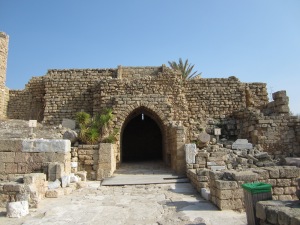 and of course taken over during an Arab conquest in the 7th century and then later captured/reclaimed/lost again by the Crusaders. 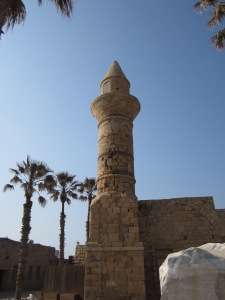 Several more changes occurred in the following centuries.  Lots of the city is small, but completely populated in and around the historical ruins of the Caesarea Harbor. 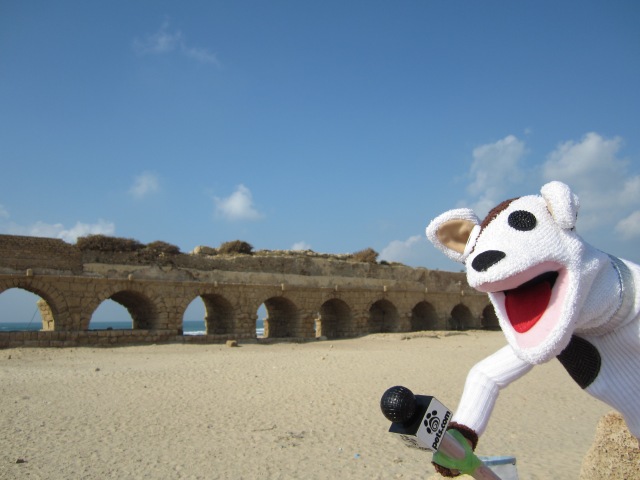 Many areas have been renovated and restored, while many are still unexcavated – like the ancient aqueduct. 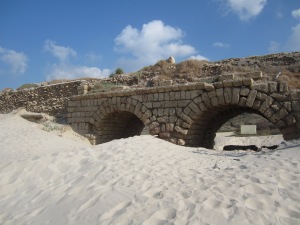 Some homes even have exposed ruins while others have been excavated and exposed for everyone to see around the city.

This is actually known as the bird mosaic due to fantastic murals that existed in a ancient mansion outside the city walls.

When we lived here a few years ago, I loved running along the aqueduct and along the Mediterranean ocean. 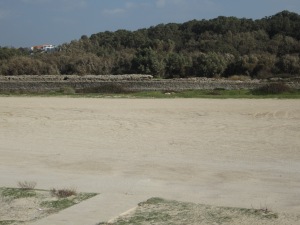 There was actually two aqueducts and neither are fully excavated. It is an amazing experience to wake up early and run along the ocean with the dogs and there is not a single person in sight…what a way to start the day.  Our dogs used to go crazy when we let them run loose across the sand and head to the ocean…

Today we ran near the port and the ancient coliseum which faces the sea.  Did you also know there is a fully automatic shooting range in Caesarea Israel as well?

The city is one of the wealthiest in Israel and many famous people live (more on that later)…but I found it interesting that one of the poorest Arab villages is adjacent to Caesarea.  It is named Jisr az-Zarqa.

If you can look closely, there are camels near the own home…compared to the Mercedes and BMWs on the other side… 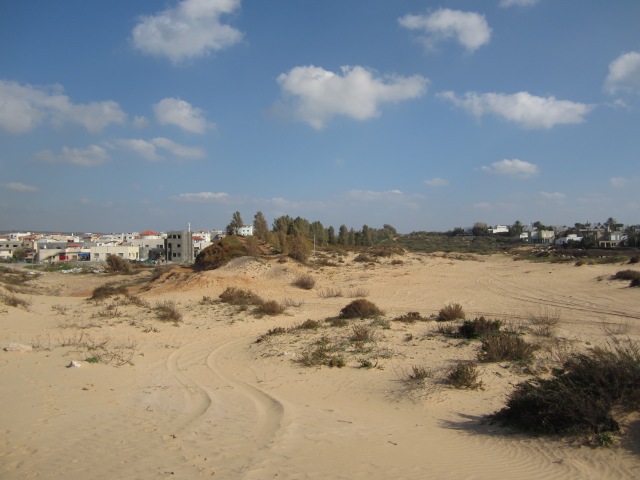 There are some natural sand dunes that are maintained that people walk over daily to go to the store or to work in Caesarea as there are no simple road or convenient connections between the two habitats. 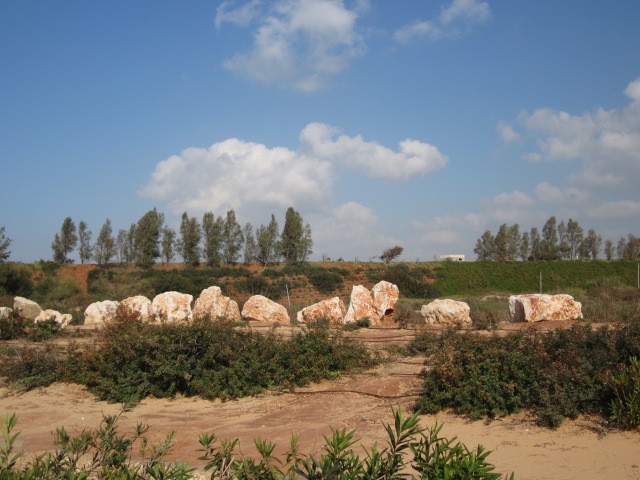 You can hear the daily call to prayers when you live in the northern sections of Caesarea. 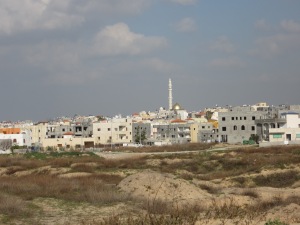 A definite different experience than living in the US…

Some people wonder if people actually have bomb shelters in their houses in Israel?  Yes, they do and we had one and were prepared.

In 2009, there was a serious escalation of conflict from the North and South…and even had one air raid siren go off in Caesarea that made us go into our shelter. 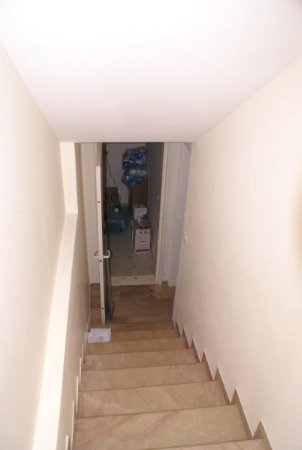 We went down into a lower level room that is isolated under the house.

They are called ” miklat” (Hebrew for bomb shelter) where we were well prepared with a camping toilet, plenty of water, canned food, reading material and two mattresses. Oh, and plenty of pet food and wine!

You can also check out my other entries from Israel:

Stay tuned for more updates, I will add them here over time!

By the way, are you travelling and need a visa? Check out iVisa which is my choice when planning and booking my business and personal travel with my family!

15 Responses to Living in Caesarea Israel