Today, we headed south from Agra on a train to Jhansi.

This was yet another interesting and different experience. The trains stop for 3 minutes – and you must aggressively plan to get yourself and bags aboard, as nobody will wait for you. A 3 hour trip is quite economical – only 10 dollars for a first class seat.  I would not say it is luxurious, but it definitely is better than a bus ride for twice the time duration.  The bathrooms and results are a bit scary…think of the worst horror movie and you get the idea.  It is a different culture and different world….

An interesting change in some regions in India (like Rajasthan), is that buses can no longer have curtains.  This is a result of the recent attack in New Delhi where they used the curtains to hide what the criminals were doing. Bad for everyone…the sun gets mighty hot sometimes on the bus even though we are in the north in the middle of winter.

Jhansi is one of the largest train stations in the center of India.  It was definitely warmer here, and a different area of nature preserves and granite mining.

From here we had lunch and visited the next Moghul palace of the 4th Moghul emperor (son of Akbar) in the village of Orchha. 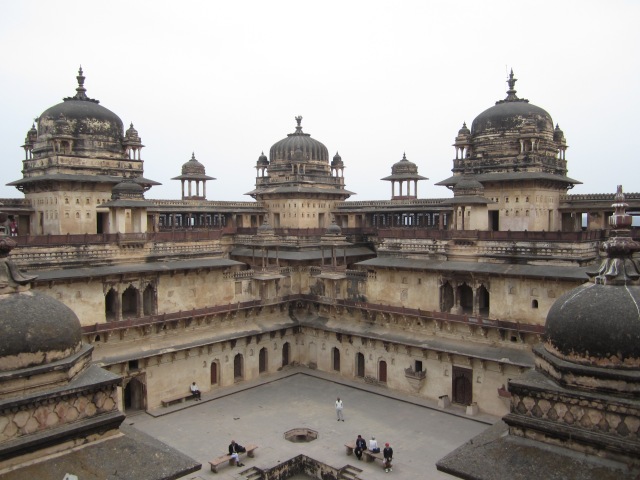 It took 20+ years to build, but was only occupied for one night.  Fairly recently, the movie “Singularity” was filmed here. 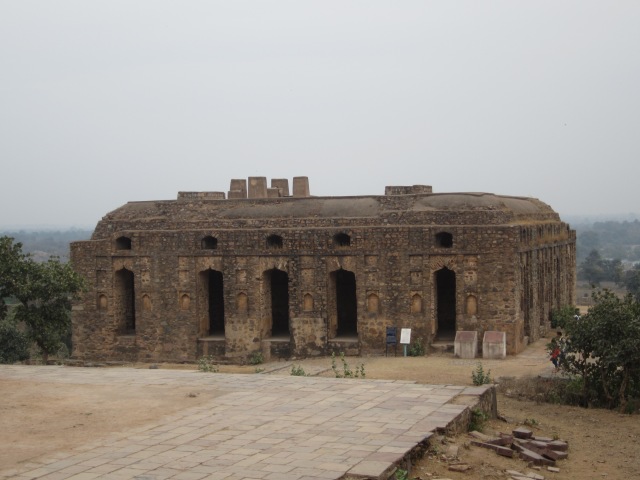 This was a camel stable.  First time I have seen one of those. 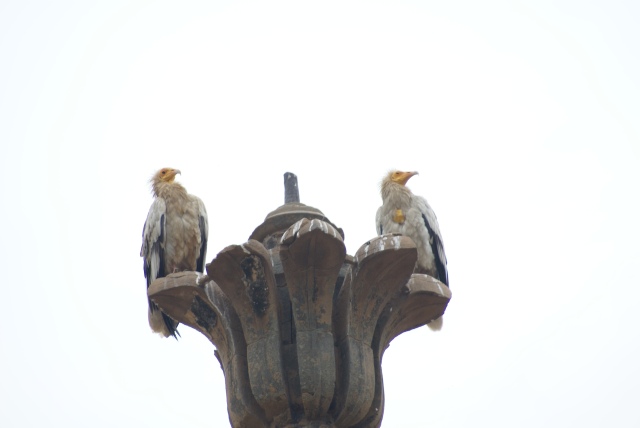 There were also some interesting birds here: Egyptian Vultures.

From here, we headed east through the actual rural countryside to the small village called Khajuraho.

It was a very long drive through the limited roads. 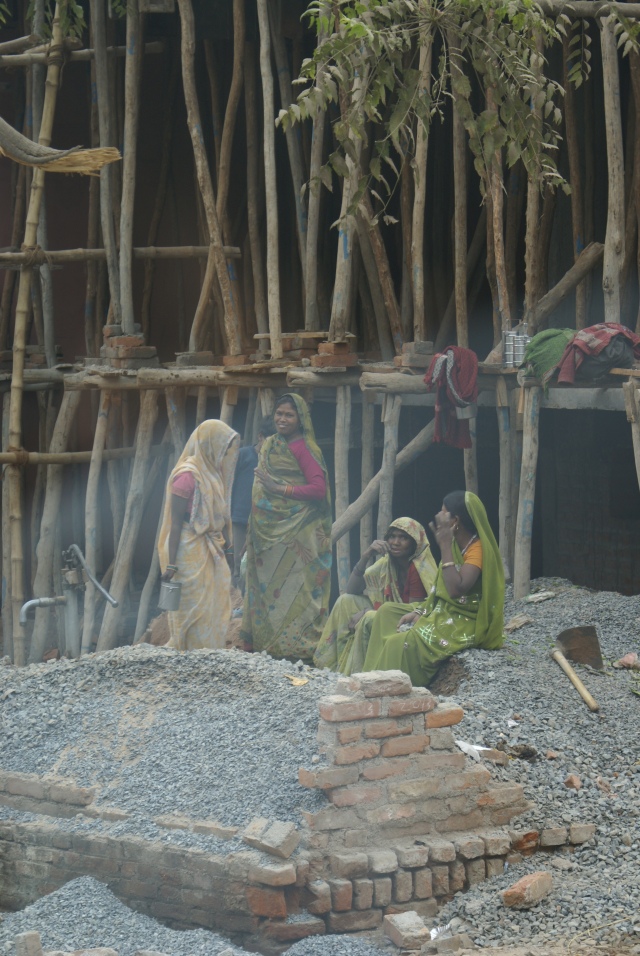 In some places, there was no road…in others, it was a one lane road that vehicles, bikes, motorcycle’s, tuk-tuks “battled” for the position on the road to move forward positively.

As a westerner, there were not many places to find a traditional bathroom along this route.

Don’t drink too much tea or coffee at lunch, you will be sorry when the next bathroom is 2.5 hours away!