We made a stop at a place called Half Moon Island – part of the South Shetland Islands. This was our first destination today.

The Chinstrap penguin can be found here. It is a slight difference from the Gentoo and Adele penguins we saw earlier.  It was snowing with light wind. It was about 1 degree Celsius below zero.

It was the location of an older Argentinian station and it was a gorgeous location where we were able to walk across the island and observe different nests and some local Gull birds. The surprise find was 3 elephant seals on one side of the island that were sleeping. They are ugly and aggressive. Their eyes were a dark red and they were not afraid to “growl” at us when we came close. Lots of ice and deep snow made it a challenge walk, but it finally felt like we were exploring. It was a nice hike through the snow across the rocks and penguin highways. 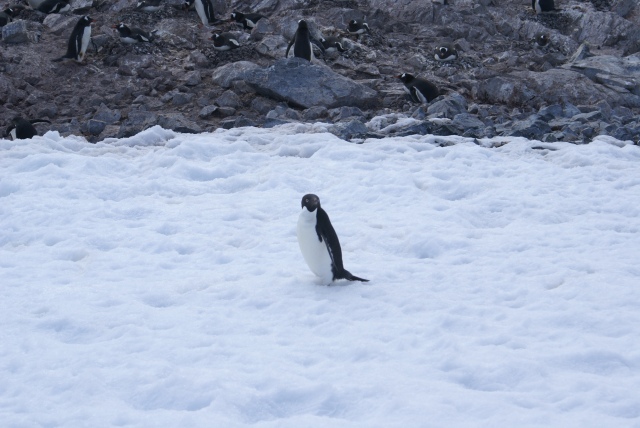 Later in the day, we went to Deception Island.  It is an actual active volcano that has seen many eruptions over the past 30 years.  This is a historical location where lots of whaling and a whaling station existed almost a hundred years ago. This is also the first location where a runway was built for airplanes to first arrive and depart. It was an interesting entrance to the bay that the ship has to carefully navigate called Neptune’s Bellows. Lots of old buildings and whale factory equipment. 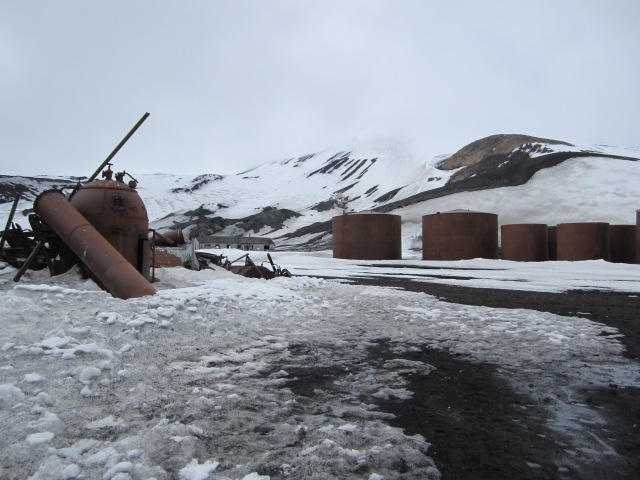 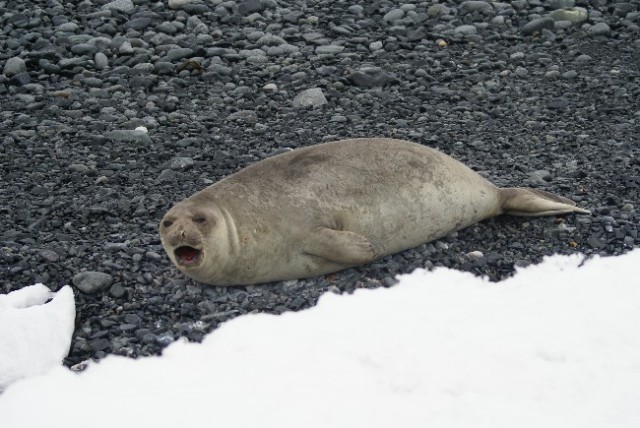 Sometimes this is the place where people jump into the ocean as there is sometimes hot geothermal waters flowing. We chose to run a 5K in the dark volcano sand along the shore. We packed our winter running gear and trail shoes and we were off…stay tuned for pictures on this one! 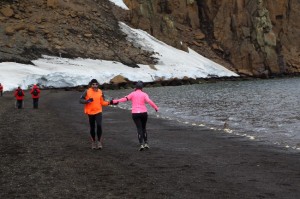 2 Responses to Angry Seals in Antarctica