We stopped by one of the renovated immigration ships in New Ross that was used for people to escape Ireland in the days of the famine to immigrate to North America.

It was re-created, but the museum (ship) told a great story of understanding the plight and challenges of many in that time.

What has been one of the best foods in Ireland so far? Definitely the seafood chowder.  Very unique flavors and broth.  Goes down great with the hearty brown bread.  We also toured around the city of Waterford a little bit. Great weather and a great town to walk around. 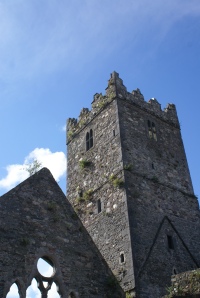 This town has a lot of Viking history behind it because of its natural port and rivers flows. Reginald tower still survives to this day. 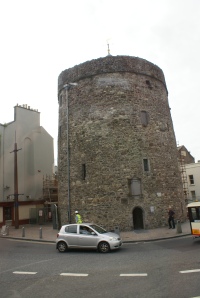 We took a tour around the Waterford crystal (factory?) which only has special pieces made like trophies and awards for celebrities.  Apparently, most regular pieces are made now in Eastern Europe after the Irish factory was shut down which decimated the local economy. 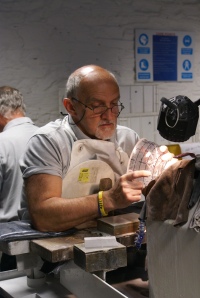 Some amazing craftsmanship to see and excellent tour to meet some of the experts.  This one was for an upcoming Charles Schwabb golf tournament that they just finished.