We flew north on South Africa’s Airlink airline on a very unusual British Aerospace jet. Almost looks like a cartoon jet or an old Soviet based cargo carrier…

But I have to admit, they have better coach and food service than any other US based airline! 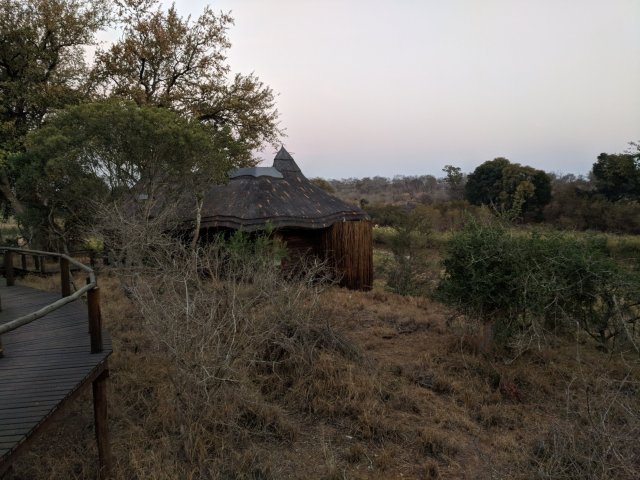 We are now in Kruger National Park and doing some adventuring at the Lions Sands game reserve. 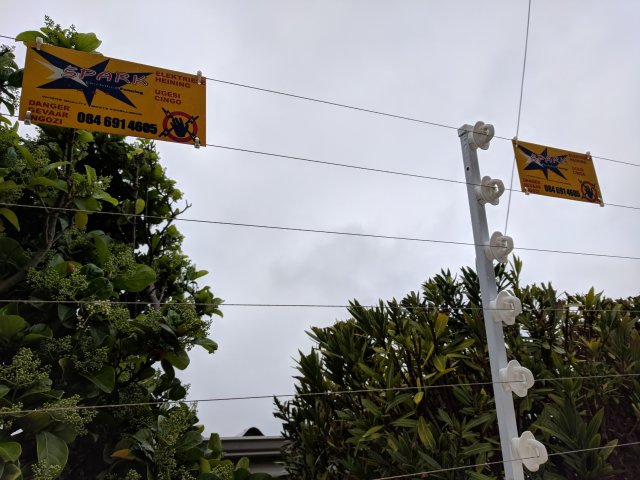 These huts are better than most inclusive resorts I have ever seen around the world or Caribbean…and they do NOT have electric fences like you see around every hotel, apartment and home in Cape Town.

The elephants will come by your hut every day and have lunch with you! 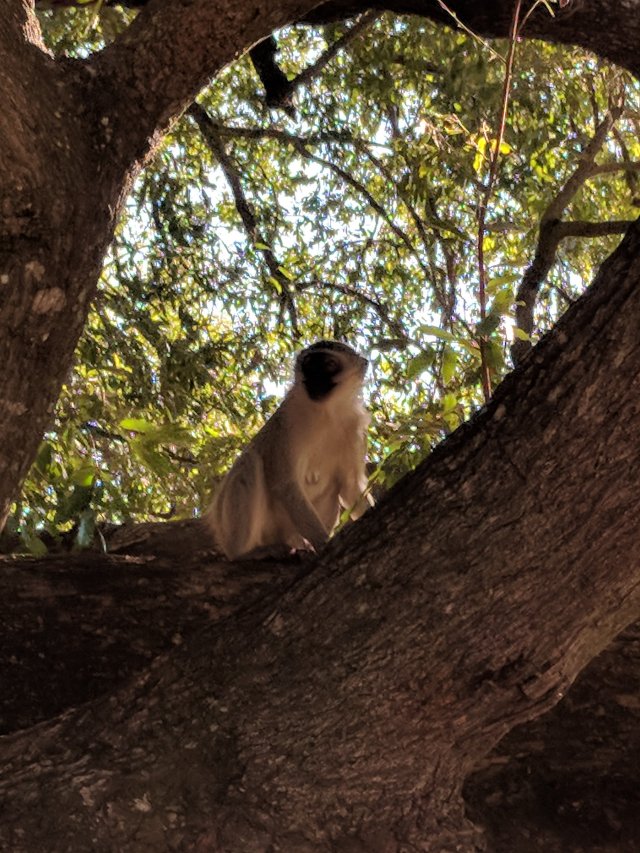 But, the monkeys will join you too.  and they LOVE bread and will fight you and bite you to get it if you are not careful.  They are SMART and clever.

Now, in just 1 day, what did we see? Anything?  Let’s start with the giraffe’s who like to eat close to the river as the trees have green leaves during the wintertime where the trees further out have not in order to save water. This one was male. 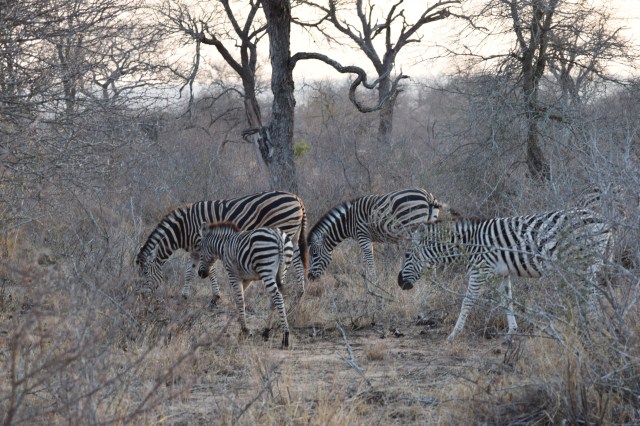 and of course, we ran into a herd of Zebras.  We actually ran into two herds that were close to each other, so that was a pleasant surprise. 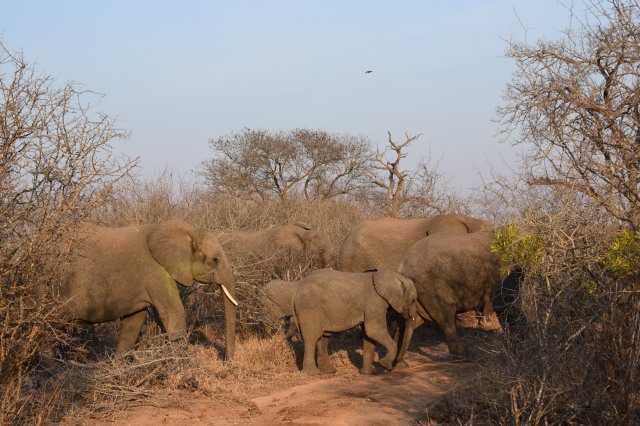 Lots and lots of elephants!  Here is a group that were moving on through first thing in the morning and taking their kids to the park.

This one had a little bit too much testosterone and almost charged us when we came close.  I don’t think the ranger’s heavy duty rifle can protect against these situations…

We ran into some hyenas in the morning and night.  They are very unusual characters without a doubt. 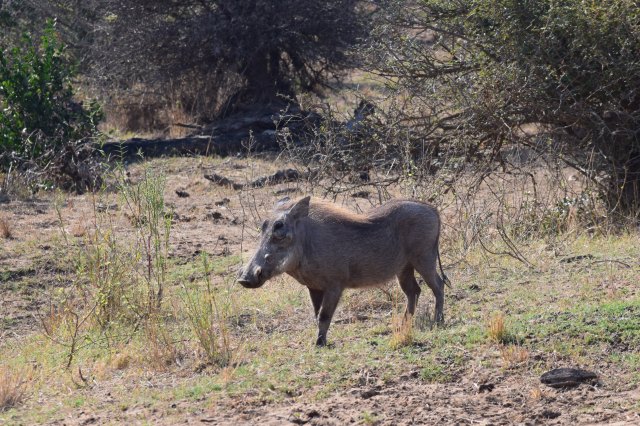 Now I know the warthogs are not everyone’s favorite pet, but they are the lion’s source of pork chops!

I know everyone is asking, did we see any lions?  Here was a trip that were taking an early morning nap after we stopped by to say hi. We will check back with them later tonight.

In closing, we did see a leopard, rhino and hippos…but they were quite a bit of a distance from us.  So, I will use that as an excuse for at least one more safari blog.