Nepal is known by the phrase “Never Ending Peace and Love”. We found Nepal to be a very secular country despite being a formal Hindu state.  Today, we spent most of our time in the 3 cities including Kathmandu.  The Kathmandu valley is approximately 1 mile above sea level, so you can feel the elevation when climbing up stairs when you are from Seattle.  Interesting piece of trivia: Nepal receives more tourists than all of India and they love the foreign tourists as part of their economy.

Early morning fog like much if this northern region…

On the way to the (believed) oldest Buddhist stupa in the world, we saw a compound of the famous Gurkha commando unit that comes from Nepal.  They are one of the most decorated soldiers in the world in the British Army. 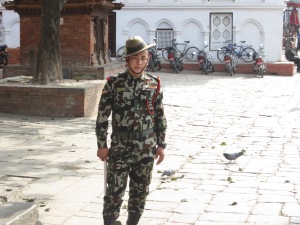 Next, we went to Chabahil.  We encountered dozens of Rhesus monkeys were very friendly and loved us when we had fruit to offer. 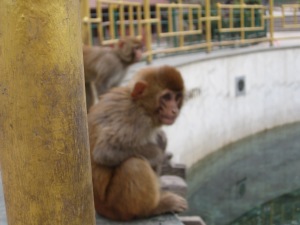 Next, we climbed up the steps to the Buddhist stupa.  It is quite a climb depending on which route you take.

The top is filled with numerous memorials, shrines and also a Tibetan monastery.

Not to mention a lot of dogs and monkeys. 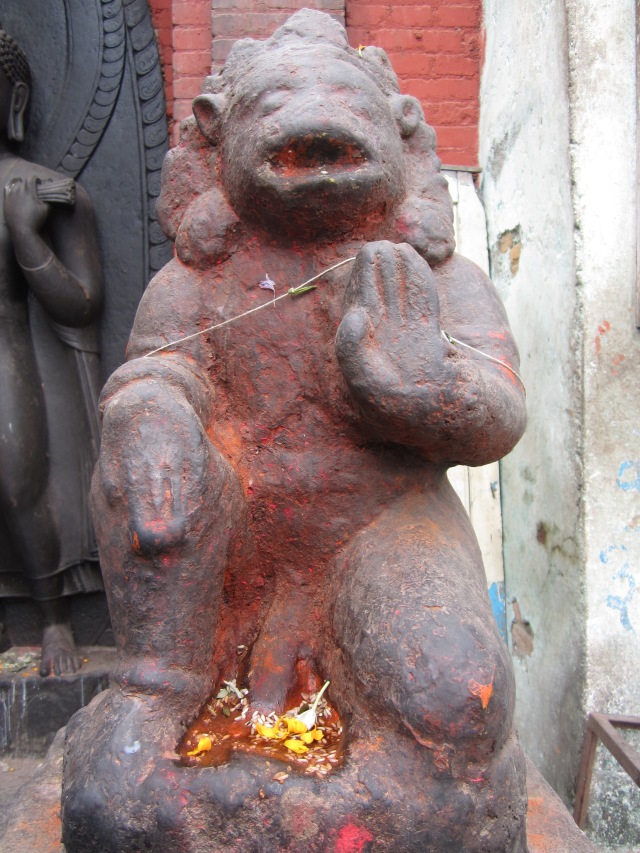 It is important that you walk around the stupa clockwise, and only in out numbers of circles.  Never an even number of revolutions or bad luck will be the result! 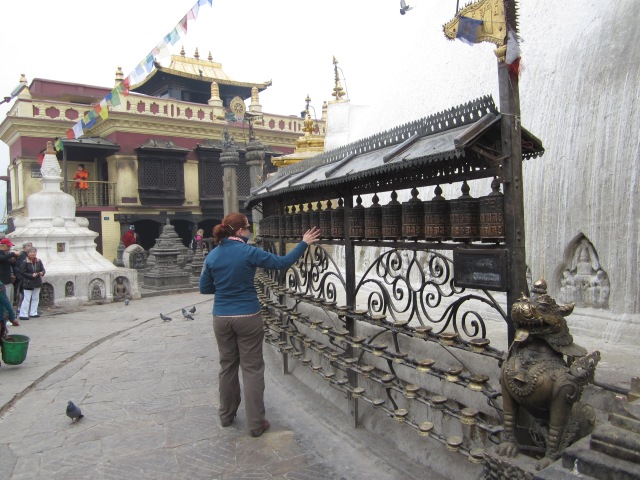 Later in the day, we walked extensively around the city visiting other public squares and temples.

There are A LOT of them in the three cities in the Kathmandu valley.  As a joke, we also walked by the “freak street” that made Kathmandu famous back in the 1960s…

We tried to see the living goddess in Nepal (Kumari), but she was not available. 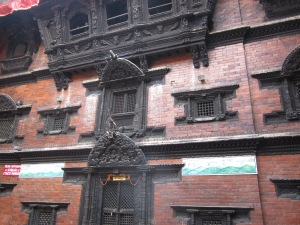 We only got to say hello to her dog when we went into her house.

In case you missed some of my other posting when we were in Nepal:

1 Response to Touring the Kathmandu Valley